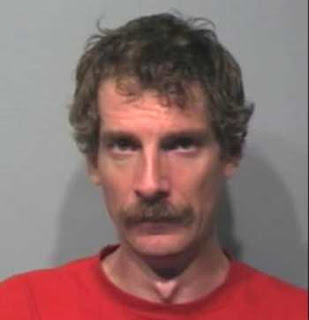 Joseph E. Duncan III broke into the Groene´s house on May 15, 2005, tied everyone up and then bludgeoned Slade, 13, his mother Brenda, 39 and his stepfather, Mark McKenzie, 37 to death with a clawhammer. He took Dylan and Shasta so he could torture and molest them.
Police who came upon the scene were stunned by the sight. There was blood and gore everywhere and the faces were nearly unrecognizable. One officer who came upon the scene was so shocked by the sight that he quit police work for months afterward. An APB went out for Shasta and Dylan.
Duncan took them in a stolen 2000 Red Cherokee jeep with Missouri license plates to a very remote campsite in the Lolo National Forest  and kept them there for a few weeks, having sex with both of them and torturing Dylan. He made a video of the crimes and the video was shown to jurors and those in the courtroom. He raped Shasta and forced Shasta and Dylan to perform sex acts on each other.
The video showed Duncan raping and torturing Dylan in various ways. At one point, he takes Dylan into an old shack, where he forced Dylan to perform a sex on him and whipped him with a belt.
Then he told Dylan to stand on a bench, hung a wire around his neck, and then masturbated as he watched Dylan nearly die from hanging. “Then Jet took him down and said, ‘Wake up, wake up, wake up,’” Shasta Groene said in a police interview.
She said Dylan screamed when he woke up because he thought he had been in heaven. He then offered the half-dead Dylan an opportunity to watch his “death” by hanging on tape. A little while later, he forced Shasta to drag the half dead Dyllan through the campfire with a rope around his neck, burning him horribly. Then Duncan “accidentally” shot Dylan in the stomach with a shotgun.
He was alive and possibly could have lived for a few hours, though his guts were hanging out. Duncan decided that there was no way to save him, so he shot him in the head. It was later determined that he probably did not shoot Dylan “accidentally” after all.
After Dylan was dead, he chopped his body into little pieces and filmed himself forcing Shasta to throw the body parts on the fire. Then he forced Shasta to pick the body parts out of the fire and filmed that too.
This must set some sort of a record for evil, but I’m not sure. The FBI did say that this was the first time that they had ever heard of anyone murdering adults just to get at kids, so it does set a depravity record in that sense.
Details of whatever he did to Shasta have not been made available yet, but she was definitely raped. Normally, in this sort of thing, the names of the living kid, Shasta, would be kept secret, but her name was already out there as an APB Amber Alert, so the cat was out of the bag.
“The devil is here, boy, the devil himself. The demon couldn’t do what the devil sent him to do so the devil came himself,” Duncan yells in one of the videos. “The devil likes to watch children suffer and cry.” Duncan cracks sick jokes through the videos. In one video, Duncan jokes, “They kidnapped me – they won’t let me leave.”
In one video, he cracks, “I shouldn’t be taking pictures of you pulling up your pants like that young man – people might think I’m a pervert.” In another video, Duncan asks the kids about their wishes. Dylan says he just wants to go home.
I guess you are wondering why no one heard all this mess up in the mountains. The makeshift campsite is at the end of a very remote logging road. It’s a one-hour drive down a terrible road to get to the remote site at the bottom of a cliff. It seems like hardly anyone ever goes there.
There are a lot of remote places out in the Western forests where you can stay for weeks at a time and not see another human.
Later, on July 2, 2005, Duncan went back to a Denny’s restaurant with Shasta in Coeur D’Alene, Idaho, where she was immediately spotted by a resident, who went in and told the manager, who wisely called 9-11. It was 1:30 AM and the cops pulled in with their lights off. Duncan saw the cops and took Shasta into the bathroom with him. He came out later and the police quickly surrounded the table and asked him to come outside.
Police discovered that the man was Joseph Edward Duncan III, a 43 year old fugitive sex offender from Fargo, North Dakota. He had recently been charged with molesting a 5 year old boy he knew who lived near him.
Shasta was taken back to her father, and she is with him now, as her Mom and stepfather are dead.
Joseph Edward Duncan was born, one of five in a military family, in Fort Bragg, Virginia, in 1963. His parents soon moved to Tacoma, Washington, where he grew up. He was described as lonely and displaced in high school, especially after his parents’ divorce in 1979. He soon dropped out of high school. He engaged in sex at age 8 with two of his sisters. They apparently initiated it. What this had to do with his later offenses, I have no idea.